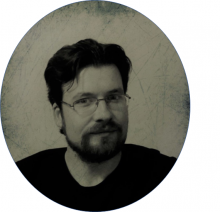 Teaching English to children of 8 to 17 years old.
Preparing teaching material, filling out progress reports and communicating with parents.

Monitoring the dry and tanker markets (and other markets that affect their performance e.g. Oil, Coal, Iron Ore etc.) in order to evaluate the accuracy of the data received. Acting as the bridge between the business side of the company and IT. Identifying the needs for new products & writing out development specifications.

Teaching Greek to adults who wished to visit or move to Greece. Effectively preparing and delivering lessons.

Prior / In conjunction with the above

Proficiency of Cambridge in English (C2)

I consider myself to be a balanced bilingual as I grew up in a bilingual environment (British & Greek parents), I have spent substantial periods of time living in both the UK and Greece and have equal proficiency in both languages.

Apart from the UK and Greece, I have also lived for two years in the US, one year in Spain and spent four years traveling and living in all Spanish speaking countries of Central and South America.

Although perhaps a lifetime wouldn’t be enough for one to master all the subtle differences among the abundance of Spanish dialects, I believe that by spending extended periods of time in Spain and Latin America I have gained a valuable understanding of the linguistic and cultural nuances of the Spanish language. Furthermore, having lived, studied and worked in English speaking countries and Greece for most of my life has been instrumental in acquiring the skills required to deal with the semantic and semiotic variations of both languages I translate into.